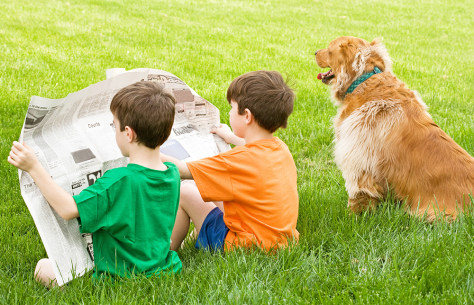 We all come with pre-packaged biases. Sometimes those biases are socialized into unwelcome, even dangerous perspectives. As an editor working in a newsroom I alongside my peers focused on helping one another recognize our biases. Working together, we weeded through the biases; we edited down to just the facts, as much as was humanly possible. We worked to be transparent. We knew our news consumers could benefit most when we offered a thorough presentation of fair and unbiased facts. The group dynamic in a newspaper’s newsroom–trained journalists holding one another accountable–provides significant checks and balances. —Andrea

Living in a Post-truth World

Oxford Dictionaries chose post-truth as its Word of the Year in 2016.

It defines the word this way:

“An adjective defined as ‘relating to or denoting circumstances in which objective facts are less influential in shaping public opinion than appeals to emotion and personal belief'.”

As we study mass media in the 21st century here at Cotton Wolf, we research its transformation under the weight of technology and in a converged global village. We focus on the opportunities technology affords the Fourth Estate, and consider its crucial role in society as “alternative facts” masquerading as truth seek to sway public opinion and policy. This misinformation is often launched from anonymous corners of the Internet protected by technology cloaks.

Our goal is to continually prove the beneficial role of the Fourth Estate in an era of global disruption when the flow of critical, factual information is challenged.

Below are a few credible information sources to help consumers locate truth. We can all learn how to be our own fact checkers: 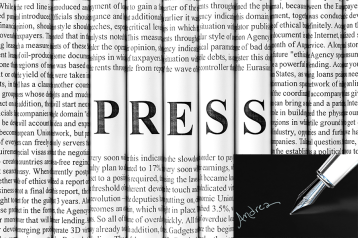 The Society of Professional Journalists (SPJ) Ethics Committee published a position paper on the ethical challenges involved in utilization of anonymous sources, a must-read for all journalists, and for news consumers who desire to locate truth.

The idea of working within an anonymous environment becomes more complicated as technology evolves. How can journalists help citizens recognize when technology and the rules or laws regulating it limit access to the free flow of information? It’s helpful to begin with a clear understanding of what entities within the USA, for starters, regulate the flow of information.

Net Neutrality and the First Amendment

At what point in their evolution did Internet Service Providers (ISPs) gain editorial discretion? It is a remarkable thing to ponder … the current behemoths of capitalism making editorial decisions as if they were the educated, experienced, and accountable editors in legitimate mainstream newsrooms across America? One of the answers may rest with Supreme Court Justice Brett Kavanaugh. As a D.C. Circuit Judge, according to Time magazine, Justice Kavanaugh objected to a rehearing of a challenge to the Federal Communications Commission’s net neutrality rule. According to the story, “Kavanaugh wrote that the court’s view violated the Internet Service Providers’ First Amendment right by restricting their ‘editorial discretion.’”

What is "free and open Internet" in the 21st century?

It is imperative to continually ask the question, “Who or what controls my free speech?”

The FCC’s Definition of Open Internet:

"Sometimes referred to as net neutrality, Internet freedom or the open Internet, these rules protect your ability to go where you want when you want online. Broadband service providers cannot block or deliberately slow speeds for internet services or apps, favor some internet traffic in exchange for consideration, or engage in other practices that harm internet openness."